Signs of gentrification in Rotterdam’s Katendrecht and Kop van Zuid 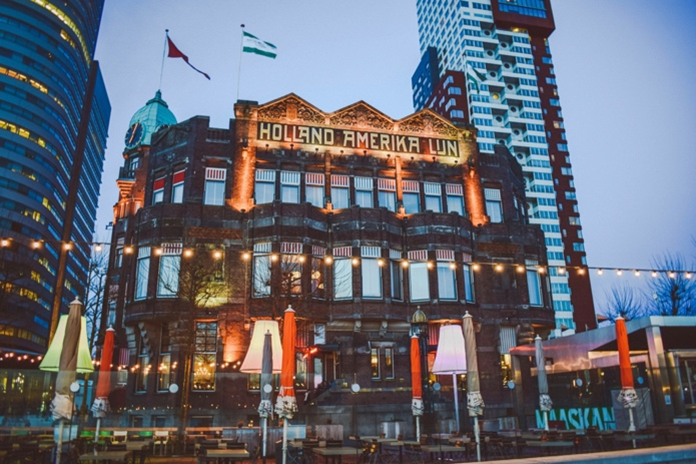 Rotterdam is the second-largest city and municipality in the Netherlands and is home to around 170 nationalities. It has the largest seaport in Europe. The story of this city, the bombardment, and reconstruction, and the drive to innovate to keep improving the city make Rotterdam a fascinating place to visit. In 2014, the municipality of Rotterdam decided to transform certain neighborhoods, in order to create an appealing place for (above) middle-income families, this is called gentrification. We will visit both Katendrecht and Kop van Zuid-Entrepot during the tour, focusing on gentrification as our main theme. That is why this tour will take place in both areas.

As it has been pointed out, our tour will focus on the process of gentrification in Rotterdam’s Katendrecht and Kop van Zuid-Entrepot. Gentrification is the process whereby the character and resident’s composition of a poor urban area are changed by attracting wealthier people to move in, improving housing, and attracting new business. However, this has a consequence; current inhabitants are displaced in the process which can eventually lead to a more homogenous view of the neighborhood. This tour will focus on the way that gentrification is visible within the built environment in both neighborhoods.

Our tour will kick off at Wilhelminaplein, which is situated in Kop van Zuid. Here we will look at the massive buildings, which will form a contrast with the architecture in Katendrecht. Most companies, lofts, and penthouses are situated here. Because this is a booming and dynamic area, it attracts a young, wealthier population: the so-called Yup.

By walking via Wilhelminapier and Hotel New York, we will cross a small bridge to the next part of our tour, Katendrecht. This is a neighborhood with a lot of history.

To see the forms of gentrification taking place in this area, we will walk through Katendrecht. First, we will walk to a hipster food place Fenix Foodfactory, which is a form of hipsterfication.

After that, we will walk to the main square, called the Deliplein, where there are a lot of restaurants are situated and cultural activities can be done. We will look at the different effects on the built environment, by looking both at the type of dwellings and companies that are represented within the neighborhood, as well as focusing on the type of residents and social diversity. During this part you can ask yourself the following questions:

By asking yourself these questions, you will really start to see patterns in neighborhoods linked to gentrification, which will make the subject more understandable.

The part of our tour in Katendrecht will end at the boat SS Rotterdam. From here we will take the watertaxi to Noordereiland. Check the subject ‘budget’ for the costs of the watertaxi.

After we walked through Noordereiland we will go over the Willemsbrug and get to the end of our tour. We will end our tour in Oude-Haven. This is a fun part of the city with a lot of restaurants and bars where you can eat and drink, if the Covid-19 measures allow this, right next to the Maas.

Everything within this tour is free, but there are optional activities that will cost you money. So, how much you’ll spend on the tour is entirely up to you. You can have an abundant lunch at Hotel New York, but you can also bring your own sandwiches and eat them in the park just outside the hotel. Some users of this tour may possess a subscription for free public transport, while others will travel by car of will have to pay full rate for public transport. Of course, travel costs will depend on where you start your trip but traveling by public transport from Rotterdam Central Station will cost under 5 euros.

All in all, this tour will cover some of the most attractive and interesting neighborhoods of Rotterdam. All of these neighborhoods have a distinctive atmosphere and character, lots of restaurants and bars, and cultural hotspots. Tourists will explore these aspects and meanwhile learn something about the process of gentrification as well.

If you want to take a look at the beautiful brochure for this tour, click here Rotterdam – Gentrification.