Adjacent to the Jaarbeurszijde are neighbourhoods Transwijk and Kanaleneiland. The bubbling city center of Utrecht is only one bridge and 5 minutes cycling away. This proximity is convenient, as it connects residential functions of these neighbourhoods with more outgoing activities of the city. Commuters by car and public transport benefit from being close to the arterial roads and the train station.

Kanaleneiland and Transwijk were built in the sixties, as a part of a post-war expansion of the city. Majority of the dwellings are four-storey porch flats. The residential areas are separated from each other by spacious greenery and sports facilities. The initial idea of the construction was to provide residents a place where they could live their entire lives. The facilities are aimed at daily necessities for its inhabitants. There is a large shopping center, schools, retirement homes and a church. However, with the increasing prosperity and change in lifestyle the dynamic of the neighbourhoods transitioned. The middle class preferred to live in spacious low-rise houses, so the appartements became inhabited mainly by immigrants. Since about 2000 Kanaleneiland especially has been considered a ‘problem area’, with frequent cases of street violence, vandalism and burglaries. This can also be seen by some graffiti and trash on the streets.

But on the sunny day we walked around, the neighbourhoods didn’t feel gloomy or unsafe. A lot of colour can be seen while walking around, for example in the signs of the multicultural background of the inhabitants. Ethnic grocery and convenience stores are busy with customers and look inviting. Built environment is also diverse, as there are both porch flats and modern flats (mostly located near the shopping center Nova). The residents are young and old, consisting of students, families and pensioners. Creative individuals claimed some space such as Vechtclub XL and there is a hip brewery pub next to it. Those are located near Park Transwijk, which has plenty of room for recreation. People also enjoy spending their free time by the side of the canal.

The social mixing strategy helped improve the physical appearance of the neighbourhoods. There is also evidence of social control on the streets, in the form of behavioural signs. At the same time, social tectonics are evident as different groups in one neighborhood pass by each other in the public space. Even if this does not necessarily increase social cohesion, the interaction is still there. They see each other while doing groceries in the supermarket or while hanging out in the park on sunny days. The colourful, diverse community of Kanaleneiland and Transwijk reflects the different lifestyles sharing the same living environment and it is the most prominent characteristic of both neighbourhoods. 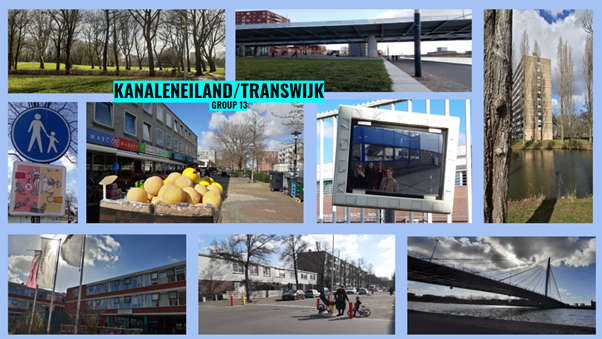 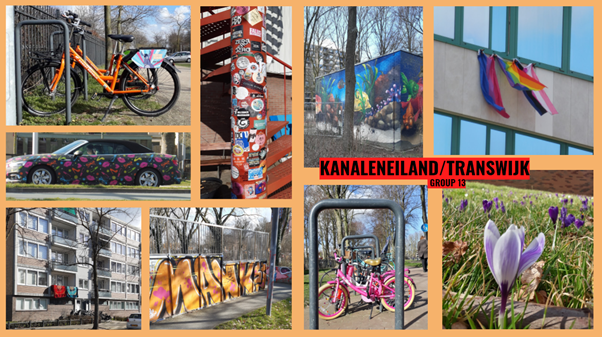